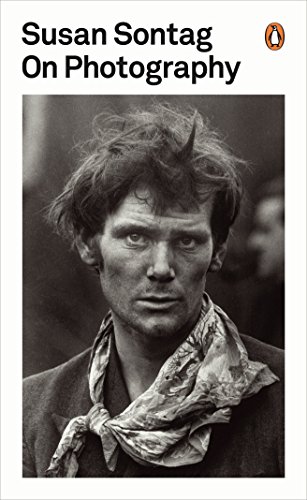 Susan Sontag's On Photography is a seminal and groundbreaking work on the subject.

Susan Sontag's groundbreaking critique of photography asks forceful questions about the moral and aesthetic issues surrounding this art form. Photographs are everywhere, and the 'insatiability of the photographing eye' has profoundly altered our relationship with the world. Photographs have the power to shock, idealize or seduce, they create a sense of nostalgia and act as a memorial, and they can be used as evidence against us or to identify us. In these six incisive essays, Sontag examines the ways in which we use these omnipresent images to manufacture a sense of reality and authority in our lives.

'A brilliant analysis of the profound changes photographic images have made in our way of looking at the world, and at ourselves'Washington Post

'The most original and illuminating study of the subject'New Yorker

One of America's best-known and most admired writers, Susan Sontag was also a leading commentator on contemporary culture until her death in December 2004. Her books include four novels and numerous works of non-fiction, among them Regarding the Pain of Others, On Photography, Illness as Metaphor, At the Same Time, Against Interpretation and Other Essays and Reborn: Early Diaries 1947-1963, all of which are published by Penguin. A further eight books, including the collections of essays Under the Sign of Saturn and Where the Stress Falls, and the novels The Volcano Lover and The Benefactor, are available from Penguin Modern Classics.